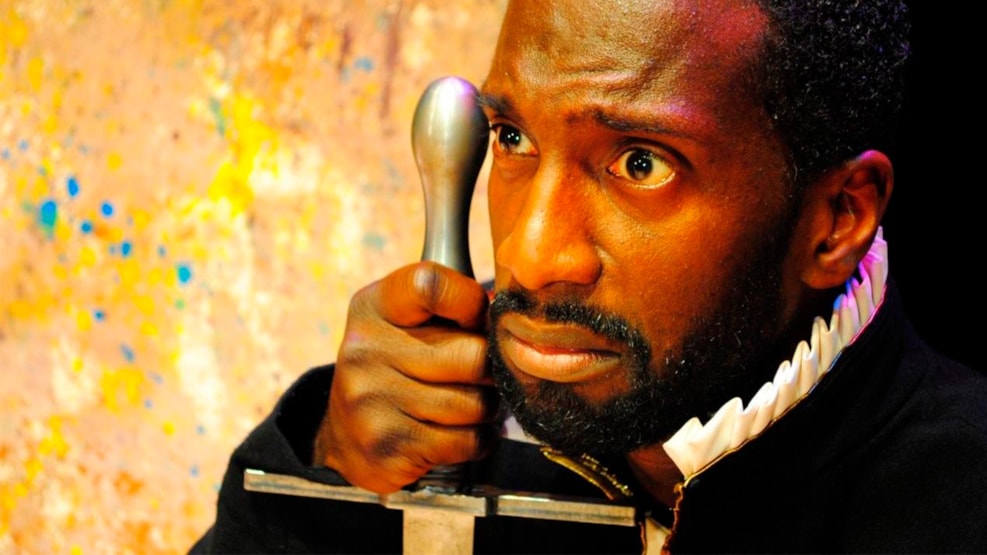 OTHELLO is perhaps Shakespeare’s most perfect play. It is also one that resonateswith particular force in today’s troubled world. Paul Stebbings’ production has beenseen around the globe, from Tokyo to Berlin and Costa Rica to China meeting with greatacclaim from both audiences and critics. The production is complimented by ThomasJohnson’s powerful and emotional music, with live instruments and complex sungharmonies underscoring the action as in a film.

The setting is historical as Shakespeareintended but the resonance and staging are contemporary.
The production exploresthe poetry and drama of the Bard at the height of his powers. This is Shakespeareilluminated rather than interpreted: a magnificent study of human frailty, a romance, amusical drama, at times even a comedy and surely one of the greatest tragedies everstaged.

The performance is in English