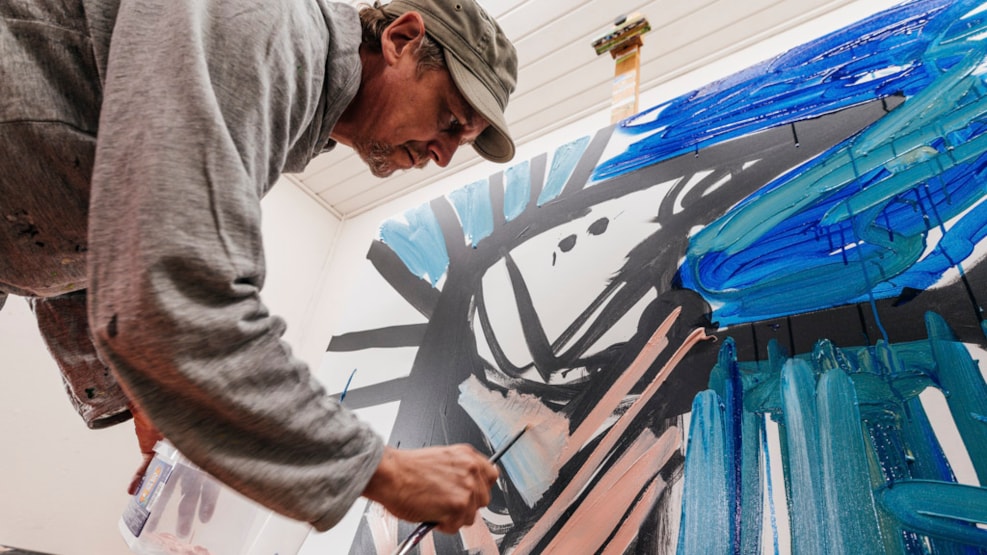 Per Buk - Painter and Sculptor

“His paintings can appear almost offensively positive and cheerful, and they can momentarily appear to be naive. Which they may well be. This is perhaps exactly the key you need to unlock the door to the artists own world. His works are insistent. They don’t hide their intentions or cover themselves under some apparently sophisticated veneer. They offer themselves as they are. They are inviting. Abstract birds strut around, joyfully stretching out their toes, and they smile just as his other creatures smile. As an artist Per Buk can be liked to a stone thrown into still water. Waves of joy, enthusiasm and activity spread out around him, not just affecting the people around him, but the larger community and society of which he is a part”.  - Art critic Preben Winther

Per Buk challenges himself creatively in an idiom which takes fables, birds and imaginary figures as its starting point. He works with painting, graphics, watercolours, ink drawing, sculpture and ceramics. His creations come in a range of sizes that are suitable for both private homes and larger decorative projects.

Per Buk was born in 1969 and was raised in mid Funen. In 2019 he moved from Svendborg to Kædeby on Langeland, and since 2020 has run the gallery, workshop and café at Ristingevej 29 together with his wife Ann-Kerstina Nielsen. Per Buk has worked as an artist for many years and in 2008 was awarded the title of Svendborg’s Artist of the Year. Over the years he has received a number of artistic grant awards and has exhibited both at home and abroad.

You can visit Kunsttårn 10 (Art Tower No 10) on Langøvej where Per Buk’s work “Find Yourself” is exhibited.

From September 2020 he has been involved in a new project to mark the new cycle route, "The Castle Route".