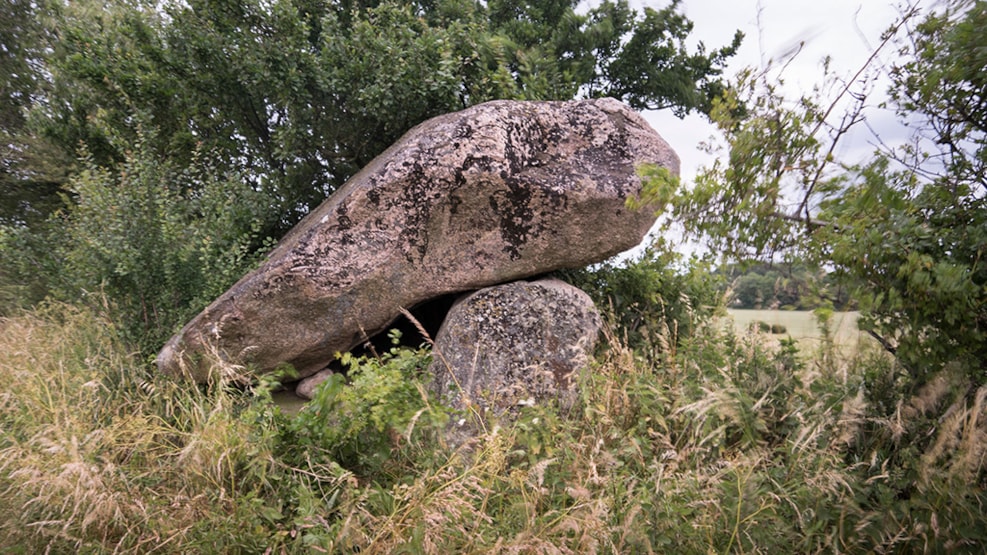 The very large cover stone is overturned and rests on only 2 of 4 supporting stones.

By a field road a little west of Kædeby are the remains of a dolmen chamber. The ancient memory is not remarkable because of its overall state - it consists of 4 supporting stones, of which 2 are overturned, and 1 cover stone, which is without the support of the 2 supporting stones overturned halfway into the chamber. No, the thing that attracts the most attention when standing by the megalith, is the unusual size of the cover stone.

As far as we know, it is the largest deck among all Langeland's dolmen. Originally, it rested on all 4 supporting stones so that its surface was roughly horizontal. The Mighty Monument - which was once part of a larger dolmen - has probably also attracted the interest of the Bronze Age people. The surface of the large deck is covered by up in against 75 bowl marks, or bowl pits: small, round depressions applied to the stone in in connection with religious ceremonies and rituals, over 2,000 years after the chamber became listed.