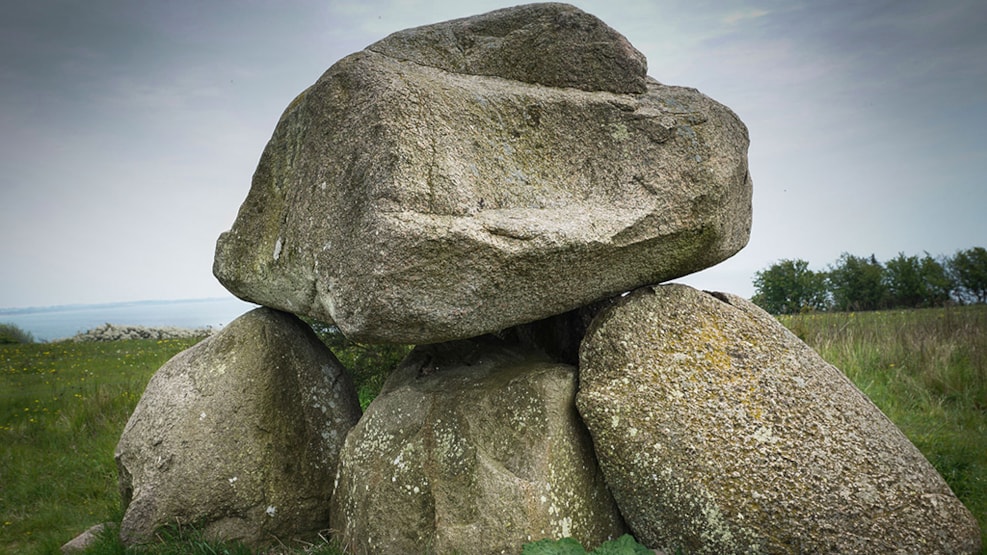 From the highest point of the cliff you can look out over the sea in the north, south and west.

On the west side of South Langeland, the Ristinge peninsula reaches out and almost touches Marstal on Ærø. On the south side of the peninsula is the 30 meter high Ristinge cliff - an area with varied and beautiful nature and also a very interesting geological history. The cliff is built of more than 30 sloping flakes with lake, moraine and meltwater formations. The layers are pushed together by a last ice advance during the last ice age.

From one of Denmark's best beaches you can follow a path up to the highest of the cliffs point - and there find one of Langeland's most spectacular dolmens. From the dolmen, the people of the Peasant Stone Age - just like us - have been able to scout to the north, south and west - towards the South Funen Archipelago and the Baltic Sea. In 1875 it is said that one of the supporting stones is been removed a few years earlier, but that the chamber has probably always been open to the southeast.

In 1905, the nozzle chamber was protected by agreement with farm owner K. Nielsen Drost.