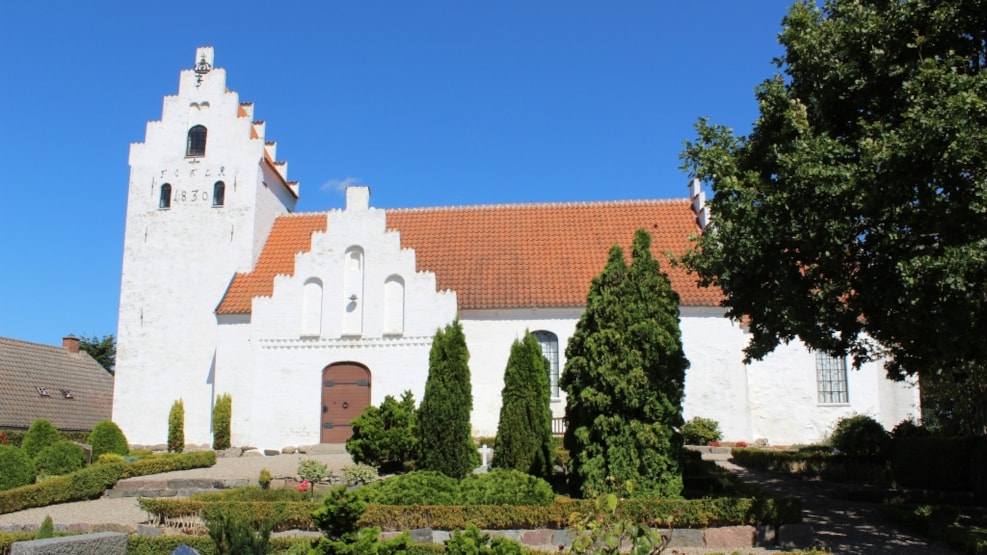 The church was originally built around 1250 from field stones and brick, and was extended over the course of the next couple of centuries. The upper part of the church tower was completed in 1649. Unfortunately large parts of the church were destroyed during the Dano-Swedish wars, when it was looted by the Swedish calvary who also set fire to gunpowder that was stored in the church loft. The church was rebuilt after the war ended and was again restored in 1820.

It is possible that there was some kind of burial chamber beneath the church, possibly constructed by Melchior Hvas who was an early member of the family of noblemen who lived at the nearby estate of Hjortholm Gods. His initials were carved on a confessional, that has since been lost. Local legend has it that Melchior Hvas made his living from piracy and could neither read or write.

The altarpiece is the church’s crowning jewel. This beautifully sculpted work was made by Claus Berg in 1520, and originally featured an image of the Virgin Mary. At some point she disappeared from the altarpiece and was replaced by a copy of Thorvaldsen’s sculpture of Christ.