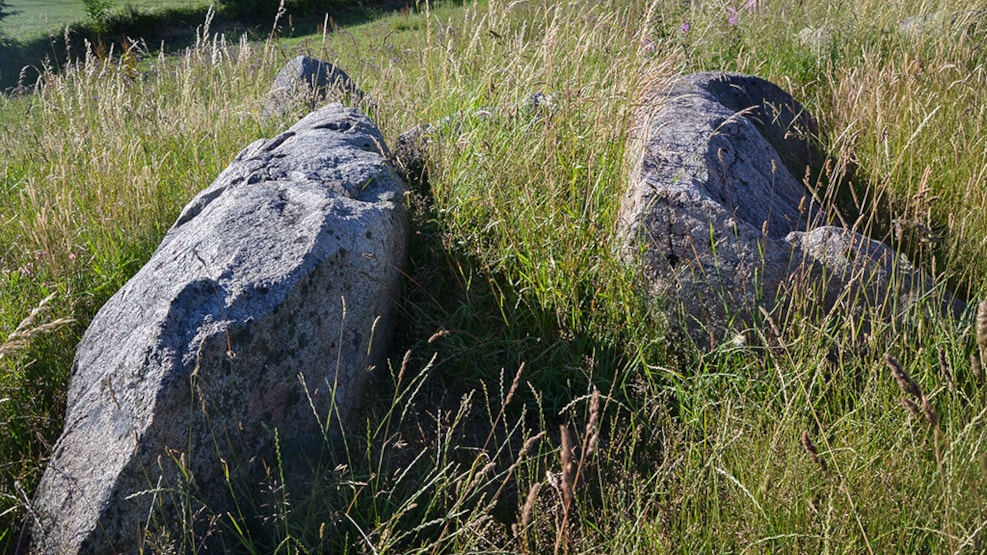 Long dolmen at Nørreballe Nor

The long barrow is 45 meters long and has a fine curb stone row.

At Nørreballe Nor with beautiful views of the water and the low-lying wetland as owned by the Bird Conservation Foundation, is a long dolmen in terrain that slopes slightly down towards the water. The most impressive thing about the long dolmen is its unbroken curb stone row. Seen both from below and from above, the rows over 40 meters long are clearly visible in the landscape.

Originally, the dolmen has been even longer; at the southwest end there is a lot large standing curbs stones and several overturned, while the northeastern end is cut off. As early as 1875, the chamber, which is closer to the northeastern end, was robbed of its the cover. The long dolmen was registered in 1910 through an agreement with farm owner Peder Nielsen and has neither been excavated nor restored.