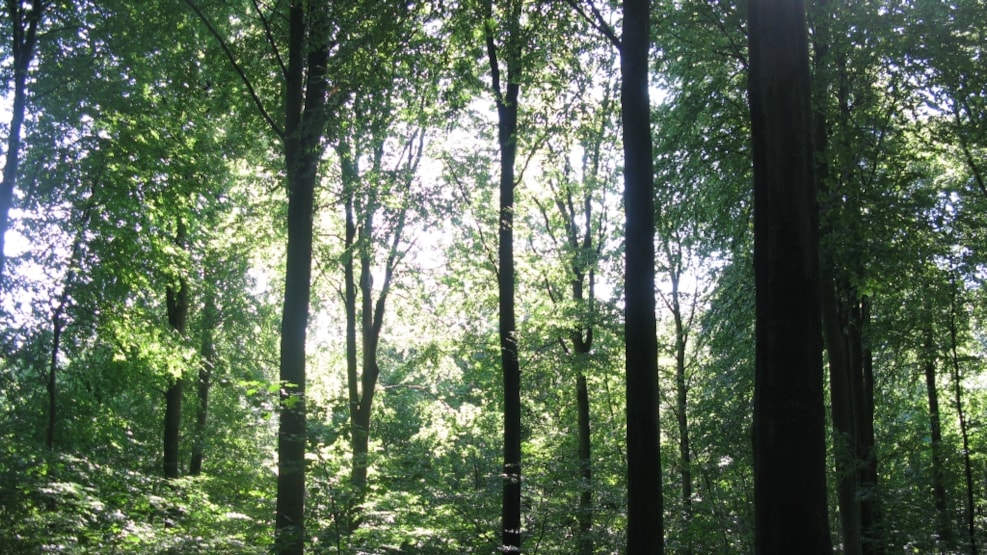 The forest has been left undisturbed for over 130 years and several of its trees are more than 300 years old.

In Longelse Bondegaardsskov (Longelse Farm Forest), you can experience a very special forest view. The forest has been left undisturbed for over 130 years and several of its trees are more than 300 years old. Therefore, this forest has a flora and fauna that may only be experienced in a few other places in Denmark.

Longelse Bondegaardsskov became protected in 1940 and is owned by the Danish Nature Fund.

The protection established that “the forest is to be preserved as a natural forest without any intervention of any kind,” which means that trees may not be cut down and removed from the forest. Thus, the trees get old and die where they are, and when they fall, they stay there for the benefit of the rest of the flora and fauna of the forest.

The large amount of dead wood in the forest creates a basis for an especially varied flora and fauna, which is critical to the biodiversity of the forest. Both insects and birds benefit greatly from dead wood and old trees with lots of holes and cracks in which to build their nests and for foraging.

There is no sowing or planting of new trees; the forest develops completely on its own premises from volunteer plants and sprouts from roots or stumps.

Over 20 different species of trees and bushes grow in this forest.

Due to its long history as a natural forest, you will also find a fine and varied herbal flora on the forest floor. To the benefit of insects, many herbs bloom here, especially in the spring when there is the most light and before the crowns of the broad-leaved trees cover them up. You can find the early purple orchid (Orchis mascula), which is a protected orchid.

The fact that the forest has been preserved for so many decades is primarily due to the forest owner, who during World War II refused to let forest be used for timber and firewood. At that time the need was great and forest owners were ordered to cut down trees. This forest owner, however, refused and was backed by the local forester, who recommended that the forest become protected.

Just like other forests in Denmark, this forest was originally used for “grazing” by the farmer’s cattle and pigs. In connection with the introduction of the duty of forest preservation (the forest was to be protected from grazing animals), walls of stone and dirt were built around the forest. Today you can still see the dirt walls around the forest and at one particular place in the forest stands a well preserved remnant of a
stonewall.

As an additional story of the human usage of the land at Langeland, the very observant forest guest may actually find ridges and furrows in the beech forest to the west. They look like regular east-west going waves 12–14 metres apart. This shows that it has not always been a forest. The area has been ploughed, presumably from the Middle Ages until the Dano-Swedish Wars in the 1600s.

High value. Unique forest, which is rare in Denmark, in that it has remained undisturbed for such a long time. At the same time, it has great biodiversity.

Longelse Bondeskov became a reserve through a reservation declaration (reg. no.: 00763.00) for the first time in 1940, which was later revised in 1987. The purpose of the protection is to ensure the maintenance of the natural historical and scientific values of the forest as well as to regulate public access to the forest. The forest is to be conserved as a natural forest without any intervention of any kind, and no new roads or paths may be created in the reserve.

The many dead trees in the forest make a hike in the Bondegaardsskov a very special experience.

You are allowed to go everywhere in the forest, and it is so small that there are no marked trails. At the entrance is a box of brochures. There is a small parking lot by Spodsbjergvej, where a sign points to the forest.