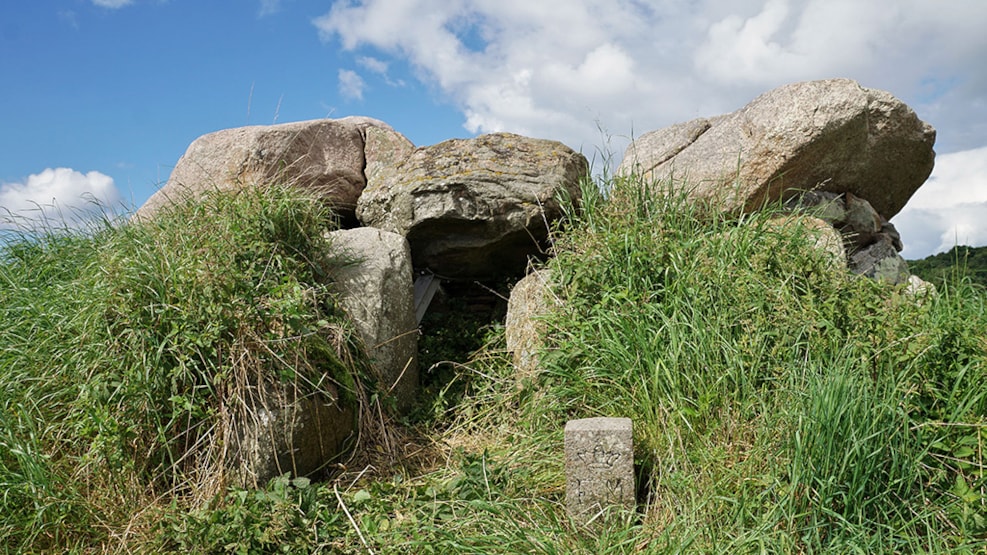 The area around Nørreballe Nor and Tryggelev Nor is rich in ancient monuments. In a field by Ormstrupvej is a free-standing burial chamber visible from the road and with a view of the whole of Nørballe Nor. As early as 1876, most of the mound around the chamber had been dug away.

In 1932, the ancient monument was preserved, and the following year the National Museum's man, Julius Raklev, began excavating the chamber. The soil-filled chamber was examined layer by layer. The first 20 cm revealed »12-13 highly resolved skulls and many other tubular bones and other skeletal parts«. In addition to 'a similar number of skulls and bones, the next layer contained 4 flint spears, 5 flint spots and 3 amber pieces'.

Raklev could also state that virtually all the skeletal parts were found in the northern half of the chamber, and believed that this indicated that at the end of the Stone Age a clean-up had been carried out in the southern part to make room for more burials. Registration was made through an agreement with farmer Therkel Petersen.