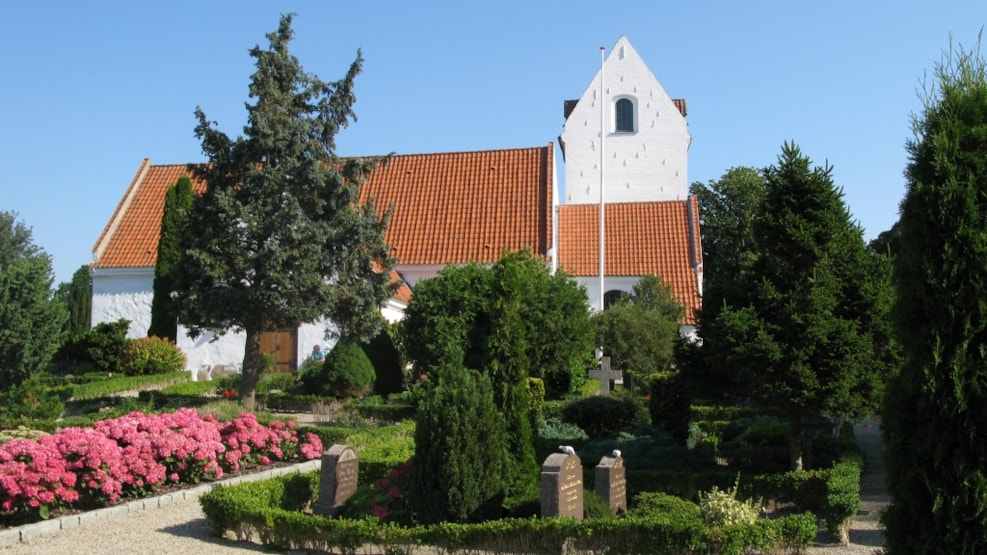 In Simmerbølle, the church with its frescos that include an unusual version of Denmark’s coat of arms is well worth a visit.

Like many of the churches of Langeland, this church dates from the 13th century, and was build from whole and split large field stones. One feature of note are small heads carved near the base of the corners. General Frederik Ahlefeldt Laurvig covered the costs of a major restoration of the church in the 19th century, while he was the local Count living up in Tranekær Castle. All the church gables and the upper part of tower date from this time. The granite foot of the baptismal font dates from recent times, as does the pulpit, which has also been made Renaissance style. The church’s interior has frescos from 1523 that include an unusual form of Denmarks coat of arms (Arma Danorum).

In 1971 the remains of the skeleton of a lamb was found in the church’s loft. A folk tradition maintains that the church lamb would give warning of death and accidents, and this find is thought to be a manifestation of this belief. A similar find has also be made in Tullebølle Church.