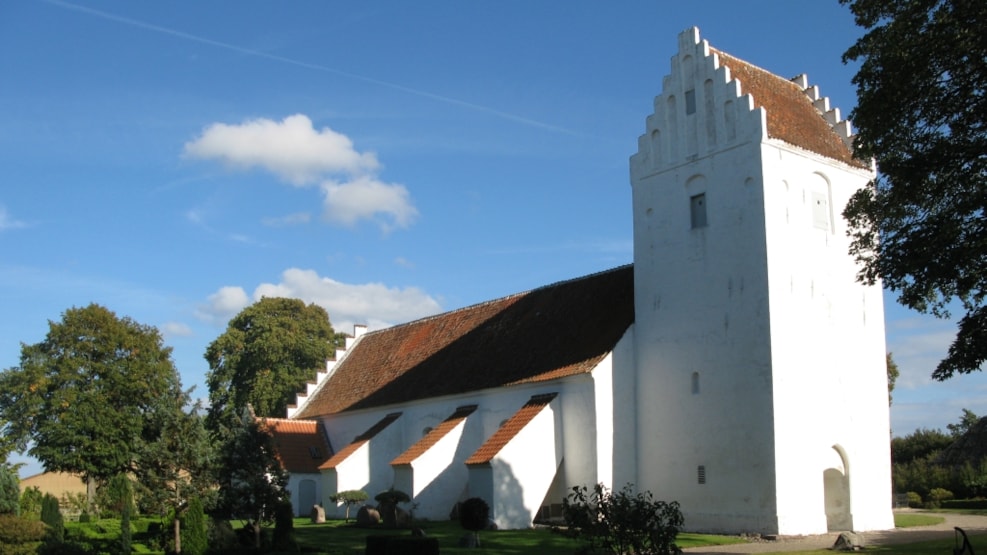 4 km east of Rudkøbing stands Skrøbelev church, which is decorated with a number of beautiful carved bas-relief blocks.

The church originally dates from the Middle Ages, but late additions to the church include the porch, church tower and a late gothic choir. The tower has been repaired a number of times up to the 1840’s, which was when large buttresses were added to help support the church. In 1956 a number of charming primitive frescos dating from around the year 1500 were discovered. They include a number of unicorns, an animal which symbolises the Virgin Mary.

The church was originally richly decorated. This can be seen by the number of bas-relif blocks that have been built into the church walls. They are carved with motivs that include a viking style ship with dragon heads, a lion that is biting a human head, an animal that is biting its own tail and a warrior fighting a wild animal. The church bell apparently also has a name as it is inscribed with the words “Anna dat ieg hedder” which can be translated as “Anna is my name”.