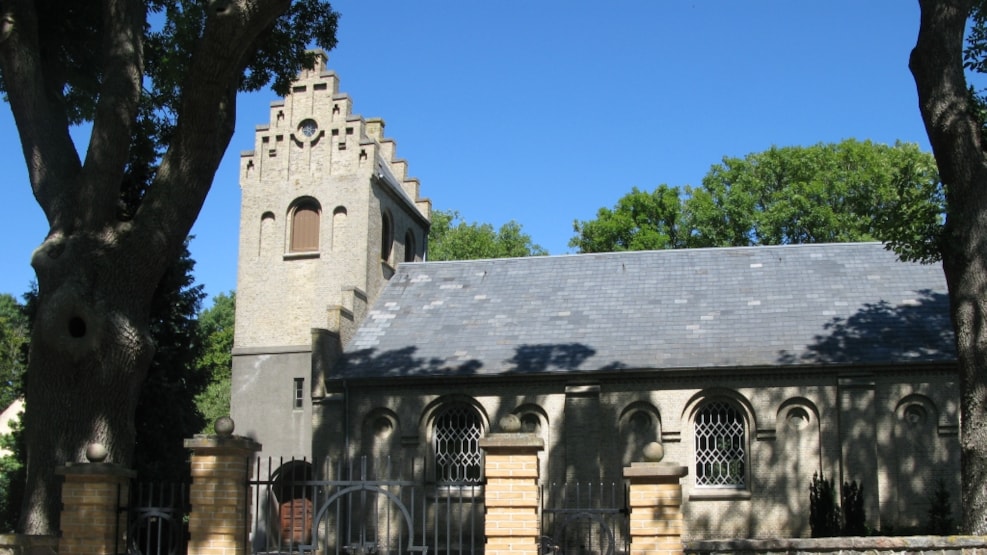 Surrounded by idyllic, picturesque cottages, Strynø church stands at the heart of the island in the northern part of Strynø town.

The church is a relatively large building, with a three sided chancel and a tower on its west side. The island’s church originally dates from the 16th ´century, it was extended in 1729, and again had rebuilding work done in 1867.

The altarpiece was painted by the maritime artist J.E.C Rasmussen and depicts The Transfiguration of Jesus. The church also has 3 votive ships hanging in the church, the oldest is a model of the frigate “Trefoldigheden” (trans. The Trinity) dating from the 18th century. The other two models were made by mariners from Strynø, ands the three ships bear witness to  Strynø’s the strong connection to seafaring in the past.

The church is open to the public.