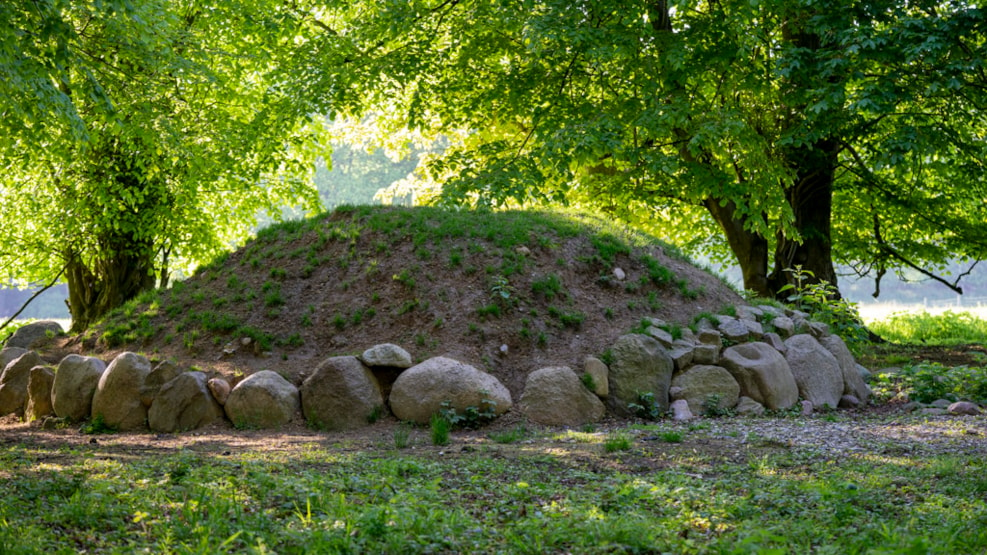 The English artist Chris Drury has created an underground chamber into which images of the surrounding trees and sky above are projected onto its walls in an almost magical way. 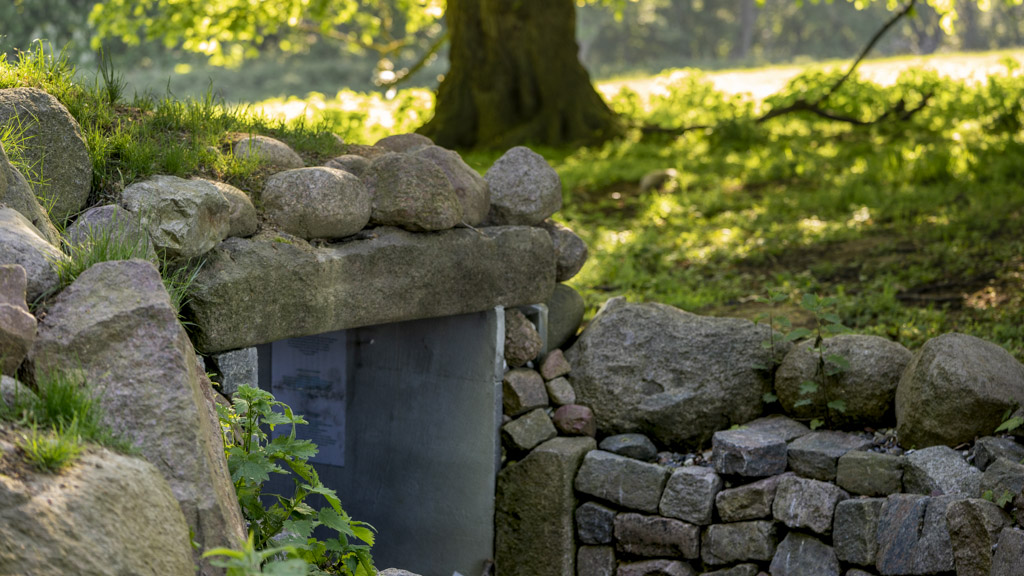 Remaining true to his favourite form - a dome or hemisphere, in the summer 2019 Chris Drury created what is perhaps TICKON’s most durable artwork: the Linden Cloud Chamber. It is a large camera obscura, but from the outside it resembles a small burial mound as it has been surrounded by a perimeter of large boulders.

A spiral stone pathway leads the viewer into the work itself - that is the secret of the Linden Cloud Chamber - the chamber is big enough for people to enter. Once inside close the door behind you, sit down on a low bench, and prepare to experience something almost magical.

Within a couple of minutes the images of the trees outside will start to materialise on the curved walls. Slowly the outlines will become clearer and clearer until the blue or grey of the sky, the browns of the tree trunks and the green of the leaves will make themselves apparent. 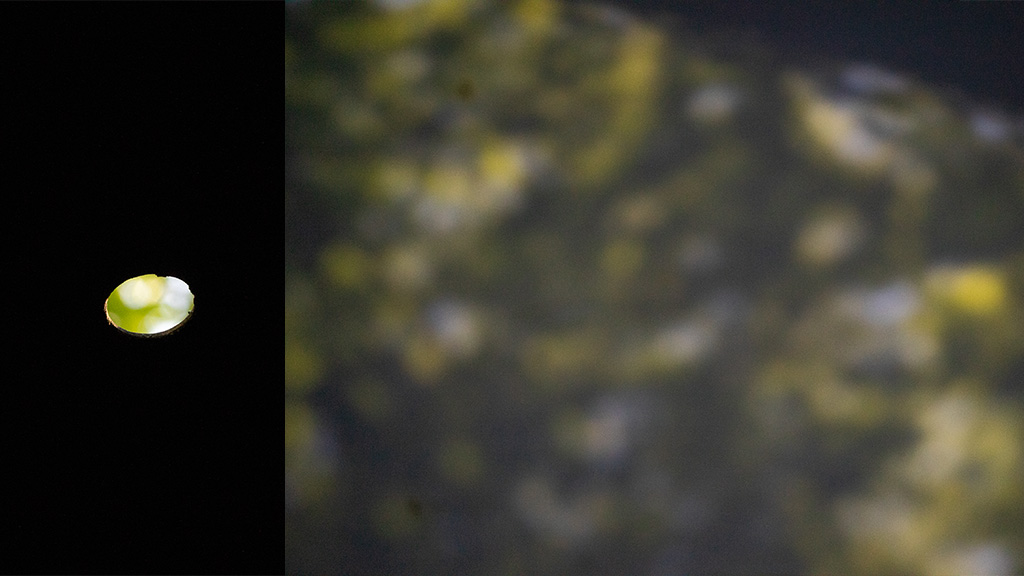 The image will appear upside down, projected from a small aperture in the chamber’s ceiling which transmits light onto the white floor and walls - just as a pinhole camera made from a shoebox creates an image inside the box. In a box, however, the image will only manifest itself on light-sensitive film.

But here in the round, white chamber you can sit in the middle of the picture and study the play of the wind in the treetops, the drifting clouds, and the golden glow of the sun on tree trunks.

The brighter the sun outside, the more light there is and the sharper the image will be. But even a grey winters day will offer an experience here.

Chris Drury is English but was born in Sri Lanka in 1948. He is a graduate of the Camberwell School of Art in London, England. He has a particular affinity the to dome or hemisphere, a shape he has experimented with in his works, that can be found all over the world. Sometimes he will erase all physical traces of his work himself, so they only exist for posterity in the form of photographs. Other times his hemispheres are modelled on the stupas of the east, and are allowed to remain standing. TICKON’s Linden Cloud Chamber is one of the latter pieces of work.