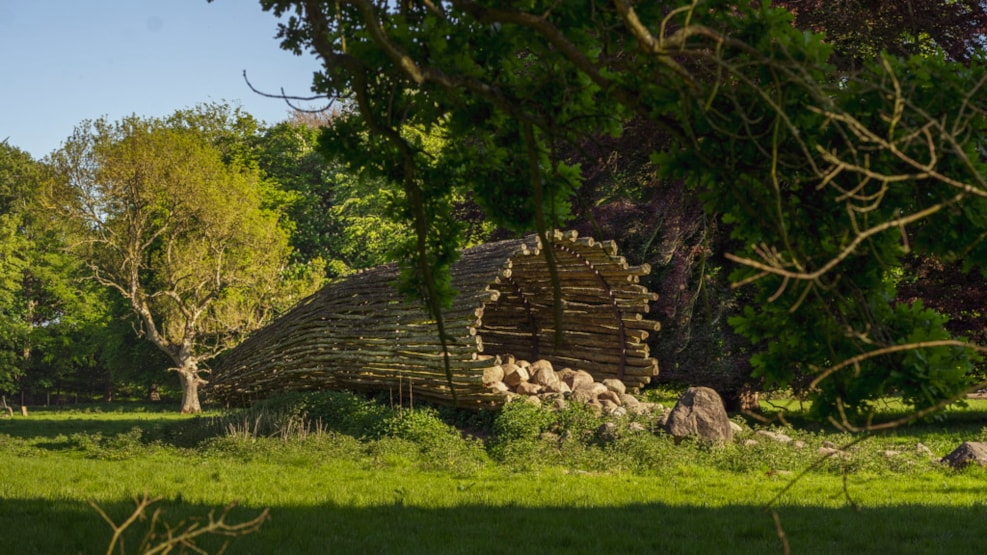 Mellem Blodbøg og Eg (Between the Copper Beech and Oak)

After the terrible hurricane that hit Denmark in 1999, Alfio Bonanno, the man who came up with the idea for TICKON, decided to contribute to the sculpture park himself. The result was the artwork ‘Mellem Blodbøg og Eg’ (Between the Copper Beech and Oak) which resembles a giant cornucopia, created from charred larch stems fasten to steel rings, with large boulders spilling out from its interior. 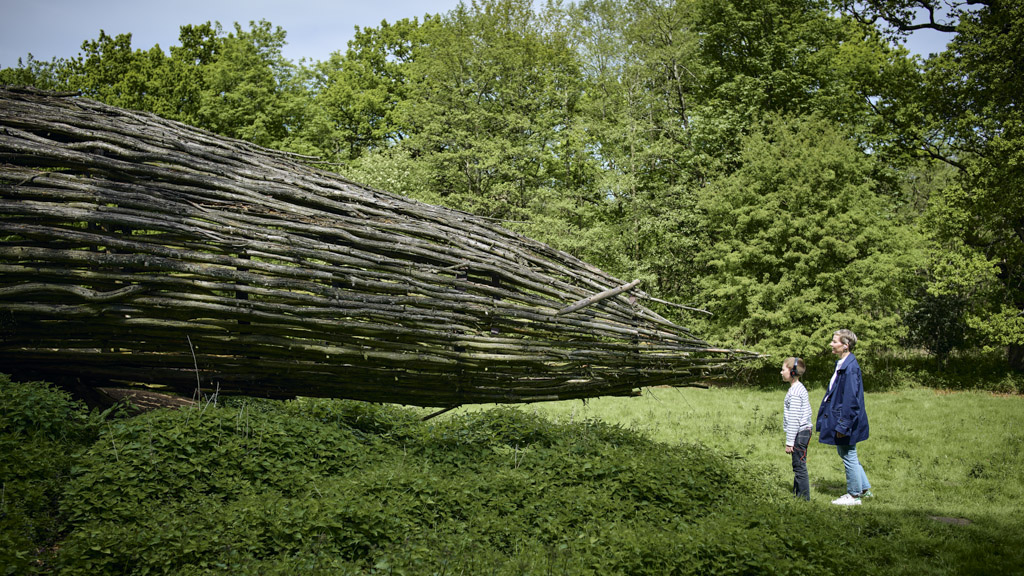 The hurricane brought death to a number of TICKONs artworks  - they did not decay in a slow, beautiful death that was part of the intended life-cycle of Land Art and site-specific artworks, but were abruptly decapitated, executed by the savage wind.

When Alfio Bonanno sets about creating a site-specific artwork, the first - and perhaps most important - task is to find the right location. Though often, he believes, it actually happens the other way round: it is the site that finds him. So it was with this forest glade, located just before the trees became more dense, and the forest floor more swampy.

Not all places call out for a symbiosis between art and nature. Bonanno believes that some areas should remain undisturbed and secretive. It is precisely this interplay between natures own beauty and the man-made artworks that is TICKON’s greatest strength.

But the spot where ‘Mellem Blodbøg og Eg’ is situated, there was a natural void, ideal for this topographical and botanical experiment. With its sheer size, this gigantic cornucopia will stimulate visitor’s curiosity and their concept of relativity.

Like many other sculptures in TICKON, this work also contains references to Denmark’s prehistory. 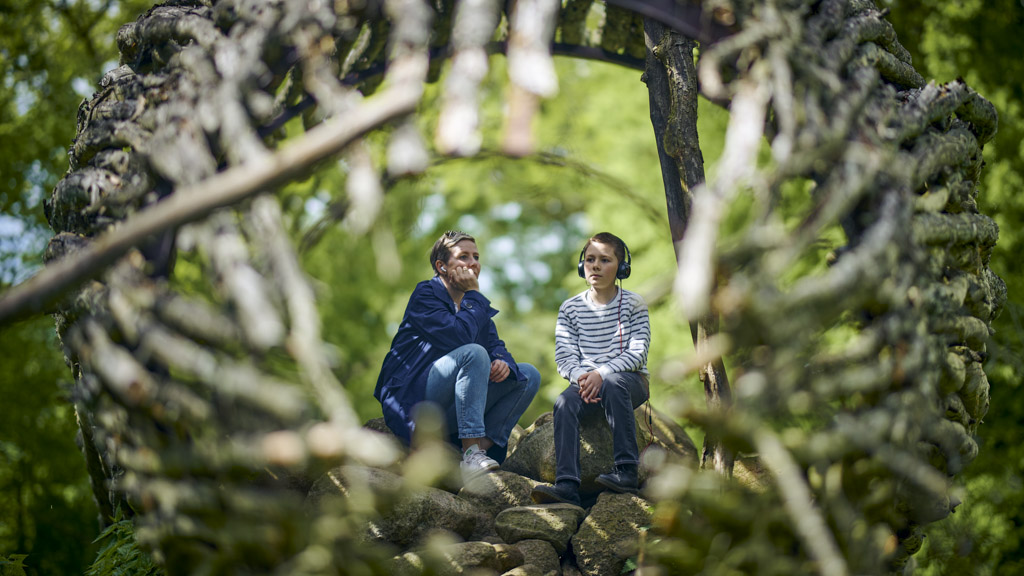