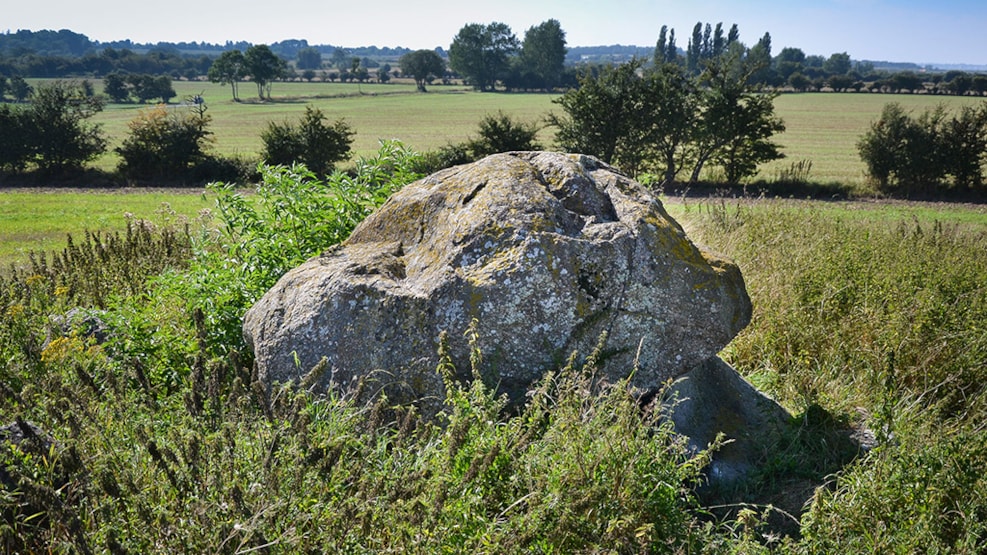 Long dolmen by Ristinge Nor

In a field just east of the Ristinge peninsula is a remarkable large stone monument from the Neolithic.

The long dolmen has originally been longer than today and is plowed at both ends. According to the report from 1875, part of the dolmen has been removed, especially at the northern end.

The long dolmen has 4 chambers. The 2 in the middle, one of which has an impressive cover, are dolmen chambers, which are probably parts of the original dolmen. At each present end, however - probably later - a smaller chamber has been built into the dolmen. These two additional chambers should be referred to as burial chambers. Partly because their passages have reached the foot of the nozzle, partly because the shape and extent of the chamber indicate that there must have been more than 1 deck on top of the support stones.

Dolmen chambers - in contrast to burial chambers - do not even reach all the way to the curb stones. Nozzle chambers also in most cases have only 1 deck.

Registered in 1894 through an agreement with farm owner R. Knudsen Pedersen.